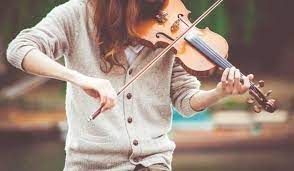 Lucy Farr (nee Kirwin), was born in Baile na Kil East Galway to a musical couple. Her father was a flute player and her aunt played the fiddle. Along with the Moloney home, the Kirwan home was a place to gather for music making and set dancing. In 1936, she immigrated to London and became a nurse. Lucy started making music in the 1950s. She continued to participate in London’s Irish music through the 1970s, keeping her East Galway style alive and vibrant. Listen to archival recordings and interviews of Lucy Farr as part of Reg Hall English, Irish & Scottish Folk Music & Customs collection at the British Library Sounds site.

Bobby Casey was born in County Clare, near Miltown Malbay in 1926. Bobby was influenced a lot by Junior Creehan who had in turn been taught his father’s music. Casey immigrated to London in 1952, and was active in the Irish music scene. He made several commercial recordings.

Paddy Canny was born in County Clare and was a founding member the Tulla Ceili Band. Canny’s style, which he learned a lot from his father, blind fiddler Pat McNamara is an example of the east Clare style. Canny won the 1953 All-Ireland Fiddle Championship, and ceili band titles in 1957 and 1960 with the Tulla.

Johnny Doherty was the son of a prominent family of Irish Travellers. He was born in Adara County Donegal. Mickey, his brother, was also a notable fiddle player. His playing style was notable for its power and forcefulness. Alun Evans’ excellent sleeve notes for “The Floating Bow”, 1996, stated that “the controlled attack in his play could sometimes amount to a sustained assault, and it made vibrant, dramatic music.” Fiddling Around the World: “Donegal Fiddle Players.”